Evolution of the marketplace lending sector 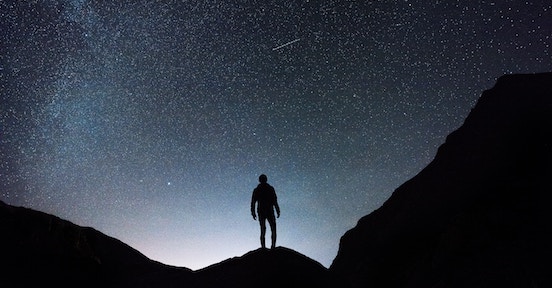 Charles Darwin may not have coined the term “survival of the fittest” – we owe philosopher Herbert Spencer for that – but the father of evolutionary theory embraced the phrase and eventually introduced it to the fifth edition of his groundbreaking work On the Origin of Species, published more than 150 years ago.

Initially greeted with hostility, even among his fellow Victorian scientists, Darwin’s theory sparked a revolution in biology by explaining how life’s “beautiful and harmonious diversity” is caused by organisms adapting to their environment, with only the strongest thriving.

Evolution never stops, and its November 2017 Financial Stability Report, the Bank of England noted that alternative providers of business loans, such as marketplace or peer-to-peer (P2P) lenders, were seeking to “evolve and diversify” their business models.

To paraphrase Darwin, the more diversified that those non-bank business lenders become, the better their chances will be of succeeding in the “great and complex battle of life”.

Marketplace lending has only been around since 2005, but in that short space of time the alternative finance sector has expanded rapidly. In 2011, P2P lenders provided £21 million of business loans. By the end of 2018, that figure had risen to £2.33 billion, according to data from the British Business Bank and lending performance analyst Brismo.

This rapid growth in lending has been accompanied by an increase in the flow of institutional money onto marketplace and P2P platforms to fund business loans alongside individual investors.

For example, Dutch entrepreneurial bank NIBC teamed up with the government-backed Scottish Investment Bank (SIB) in May to lend a combined £18.75 million across the LendingCrowd platform. The funding is being made available as business loans to SMEs across Britain and marks the second deal that LendingCrowd has agreed with SIB, the first being a £2.75 million commitment made in October 2016.

“Awareness of P2P lending and crowdfunding platforms continues to grow,” the British Business Bank said in its Small Business Finance Markets report for 2018/19.

As awareness and usage of marketplace lending platforms continues to grow among those seeking business loans, the regulatory landscape has also evolved. In the UK, the sector has been overseen by the Financial Conduct Authority (FCA) since April 2014, when the watchdog took over the regulation of consumer credit from the former Office of Fair Trading.

The ongoing evolution and strengthening of the regulatory regime are key elements of a thriving market, which will no doubt continue to adapt in line with investor and borrower demands.

“P2P lending could improve financial stability by providing an alternative source of finance for consumers and small businesses,” the Bank of England said.

Or, as Darwin put it, “from so simple a beginning endless forms most beautiful and most wonderful have been, and are being, evolved”.