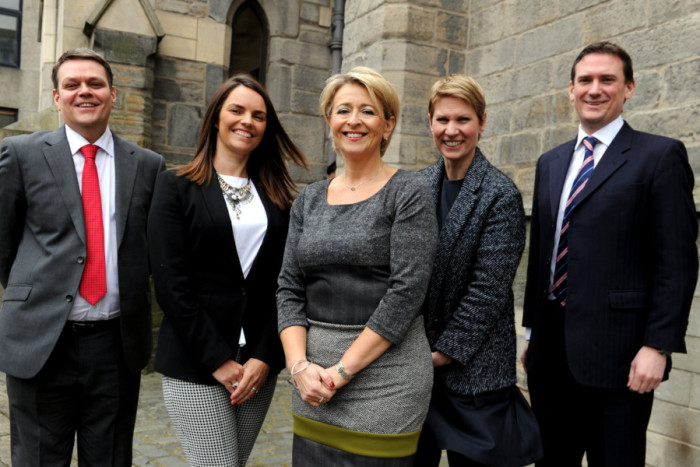 Alternative finance in the UK has grown rapidly in recent years, from £660 million in 2013 to £3.86 billion in 2016. The term covers a variety of sub-sectors including peer-to-peer consumer and business lending (P2P), equity crowdfunding, and invoice discounting.

P2P business lending in particular has seen significant growth as an increasing number of small and medium-sized enterprises (SMEs) turn away from traditional sources of funding and embrace the potential benefits of alternative finance, which has opened up new avenues for businesses that may have had difficulty and/or frustration accessing funding in the past.

Although P2P lending still accounts for just a small proportion of overall lending to businesses in the UK, recent figures from AltFi show that £1.31bn was lent to businesses this way in 2016, an increase of 30 per cent on 2015’s figures. Businesses in Scotland are beginning to recognise the potential positives of P2P lending when raising finance; quick decisions, flexible loan terms and speed of funding are just some of the benefits that may be offered. The Scotsman’s Inspiring Growth conference, sponsored by LendingCrowd, highlighted increasing awareness of the sector and provided a positive outlook for its growth in Scotland.

SMEs make up a fundamental part of the business ecosystem and play a key role in the Scottish financial landscape. This was highlighted by Keith Brown, the Cabinet Secretary for Economy, Jobs and Fair Work, who noted that SMEs account for almost 95 per cent of businesses in the Scottish economy.

Access to funding is vital for these SMEs at every stage in their life cycle, from launch to expansion. The global financial recession in 2008 caused a reduction in the risk appetite of traditional financial institutions such as high street banks, which led to a reduction in their willingness to lend to small businesses, despite having traditionally been the primary source for finance for SMEs in the UK. This, coupled with the advances in digital infrastructure, has recently enabled the emergence of alternative finance as a viable and credible source of funding for SMEs.

The advisory service provided by public sector bodies such as Scottish Enterprise and Business Gateway supplemented by accelerator programmes like Entrepreneurial Spark play a pivotal role in the development of Scottish businesses, providing the support they need to grow and helping to inform these businesses on the funding options that are available to them.

LendingCrowd’s recently announced an initiative with the Scottish Investment Bank (the investment arm of Scottish Enterprise), which will see up to £2.75 million invested in Scottish businesses. It is expected to stimulate loans of up to £35m to Scottish SMEs and will leverage significant private sector investment, substantially increasing the supply of finance for a broad range of SMEs operating in all sectors across Scotland. This move represents SIB’s first venture into the alternative funding market as it seeks to increase and broaden the variety of funding available to SMEs in Scotland.

Derek Shaw of the Scottish Investment Bank estimated that there could be a funding gap of up to £750m in Scotland in light of the reduction in bank lending after the 2008 banking crisis. Businesses seeking between £100,000 and £1 million are likely to find it most difficult to secure the funding they require to grow. As mentioned previously, 95 per cent of Scottish businesses are SMEs, indicating the scale of the funding challenge.

Growing a business in a post-Brexit world poses its own challenges and to hear that Scottish Development International (SDI) plans to double its workforce within the EU can only be a positive step in continuing to build our export economy. This will enable SDI to support even more Scottish businesses during the uncertain economic times ahead, both during and after Brexit. Export businesses play a vital role in Scotland’s economy and in raising awareness of Scottish business abroad, and it is vital that they continue to perform strongly with the help and support of SDI.

As lead sponsor of the Inspiring Growth Conference, LendingCrowd believes that developing the alternative finance sector in Scotland alongside professional advisors such as Harper Macleod, and with the support of Scottish Enterprise, is vital. Ensuring that SMEs are able to access business finance is very important for the continued strength of the Scottish economy and maintaining Scotland’s place at the forefront of business innovation and development.

This article appeared in the Scotsman on 24th March 2017.