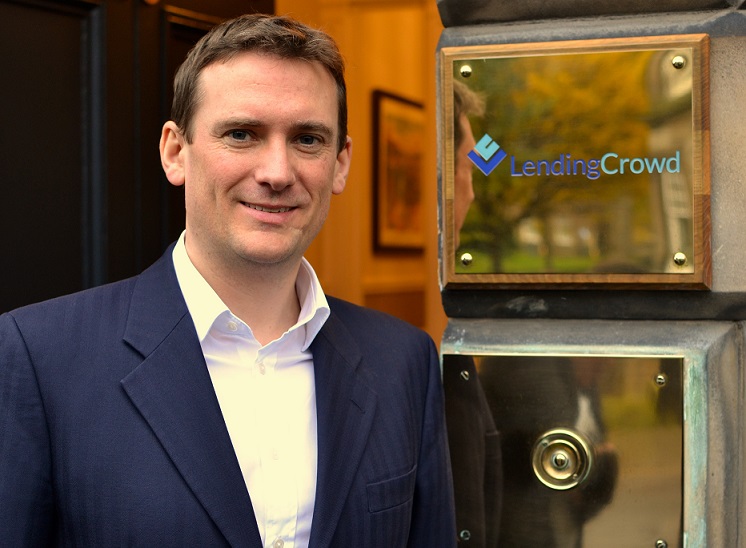 LendingCrowd has secured an external funding round of £2 million following a strong 2017 for the peer-to-peer (P2P) lender, with the proceeds earmarked for ramping up its sales and marketing activities.

The round was led by angel syndicate Equity Gap and included a number of prominent private investors from Scotland’s entrepreneurial and finance scene, and the Scottish Investment Bank. The company is on track to scale significantly during 2018 and intends to seek series A funding over the next 12 months.

As part of its drive to build market position, LendingCrowd this month launched its debut television advert, designed to bring the opportunities available through P2P lending to a wider audience. The advert features Geoff, who decided to “Think Outside The Bank” and invest with the platform after becoming disillusioned with the low rates of return on other investments.

LendingCrowd, the only P2P lending platform headquartered in Scotland, is eyeing a game-changing year following a 12-month period in which loan deals totalling some £16 million were agreed with SMEs across Britain. On the back of a record start to the year, CEO and co-founder Stuart Lunn has set a target to more than double loan deals in 2018 to around £40 million. New clients in 2017 included Summerhall Distillery, producer of award-winning spirits brand Pickering’s Gin, restaurant chain Tony Macaroni and property lettings agency Umega Lettings.

Investor funds on the platform have grown rapidly, with much of the expansion attributed to the launch of one of the first Innovative Finance ISA (IFISA) products in February 2017. After a full 12 months of opening the LendingCrowd Growth ISA, 82% of investors have beaten the advertised 6% target return.

LendingCrowd, which is fully authorised by the Financial Conduct Authority, has over 4,500 investors signed up to its platform and is on track to significantly increase investor numbers this year. It now offers three IFISA products ­– the passive Growth ISA and Income ISA, and the active Self-Select ISA.

Stuart Lunn, LendingCrowd CEO and co-founder, said: “Having laid solid foundations for the business over the last couple of years, we now have a position in the market that is starting to pay dividends. We have a strong pipeline of both investors and SME demand and with such a strong trajectory, we are now actively speaking to the venture capital and private equity communities about our next phase of growth.”

Jock Millican from Equity Gap said: “We are extremely pleased that our syndicate members once again backed LendingCrowd, with this raise being the largest single investment by Equity Gap to date. Existing and new investors in LendingCrowd recognise the progress to date and the potential for the business to scale.”

Kerry Sharp, Director of the Scottish Investment Bank, commented: “We are delighted to provide continued support to LendingCrowd who have demonstrated real market traction with their innovative peer-to-peer lending platform in Scotland.”

The Scottish Investment Bank (SIB) is the investment arm of Scotland’s main economic development agency, Scottish Enterprise, operating Scotland-wide in partnership with Highlands and Islands Enterprise. It manages a suite of co-investment funds including the Scottish Co-investment Fund and the Scottish Venture Fund, which are partly funded by the European Regional Development Fund (ERDF), and the Renewable Energy Investment Fund on behalf of the Scottish Government. SIB is also an investor in Epidarex Capital’s life sciences fund and is a participant in the Scottish European Growth Co-Investment Programme funded by the Scottish Growth Scheme alongside the European Investment Fund. SIB provides a team of Financial Readiness specialists to help companies prepare for new investment and access appropriate finance. SIB’s activities support Scotland’s SME funding market to ensure businesses with growth and export potential have adequate access to growth capital.