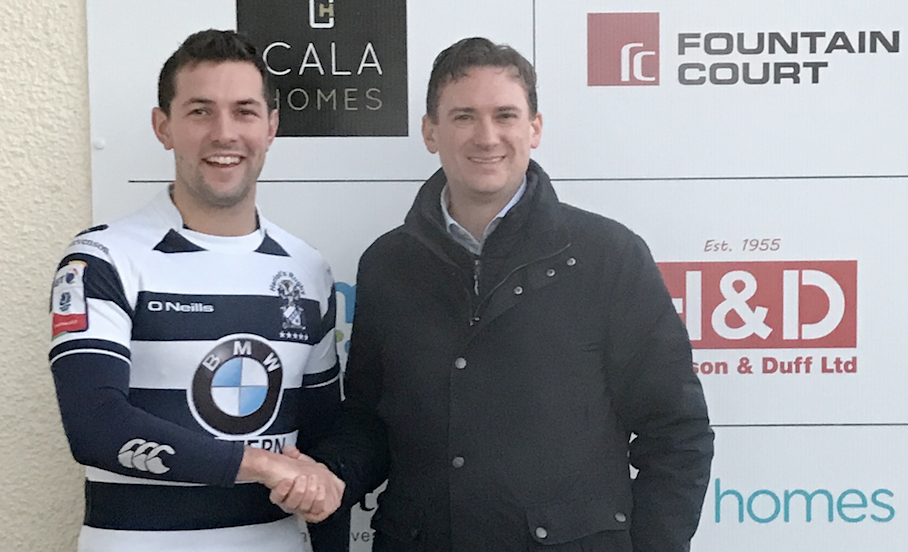 LendingCrowd is proud to have sponsored this weekend’s match between Heriot’s Rugby Club and Glasgow Hawks, which saw Heriot’s build on a half-time lead of 14-7 to emerge victorious with a score of 31-22 at their Goldenacre ground, just a conversion kick away from our Edinburgh headquarters.

Heriot’s winger Charlie Simpson was among the try-scorers for the home side and was presented with the man of the match award by LendingCrowd chief executive and co-founder Stuart Lunn, who said: “Charlie’s try helped Heriot’s draw level after the visitors took an early lead, but Hawks never give up and it was exciting to watch Heriot’s fend off their challenge and take the win.”

Stuart added: “Here’s hoping that Heriot’s continue with their good form. We’re proud to be associated with one of Scotland’s leading rugby clubs.”

Saturday’s victory means Heriot’s have overtaken Ayr to take second spot in the BT Premiership with a four-point lead, although the west coast side have a game in hand because their match against table-toppers Melrose was called off due to an unplayable pitch. The weather also saw the cancellation of the clash between chasers Currie and Boroughmuir.