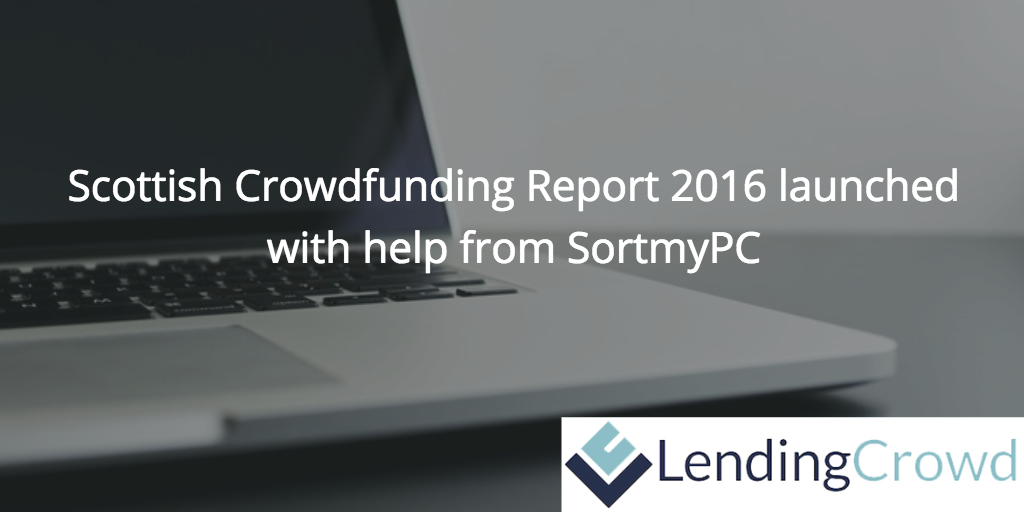 Friday 3rd June saw the launch of the Scottish Crowdfunding Report 2016 at an event in Glasgow. The report, produced by twintangibles and co-sponsored by LendingCrowd, Harper Macleod, Santander and Glasgow Chamber of Commerce, is an update to the 2013 report “Crowdfunding – The Scottish Perspective”. The new report includes data for the period October 2014 – September 2015 and shows significant growth in crowdfunding levels in Scotland in comparison to the first study. The value of crowdfunding in Scotland in the period studied grew to £27million, of which crowdlending made up £20.5million. This represents 4% of the total for the whole of the UK, a significant rise from 1% in the 2013 report.

Attending the event were around 60 representatives of companies across Scotland, including financial services firms, Chambers of Commerce, the co-sponsors of the report, and businesses who have raised finance through crowdfunding. Ian Cunningham, our Head of Credit, attended the event on our behalf to take part in a Question & Answer session on the findings of the report and discuss LendingCrowd with the attendees.

One of the businesses providing a case study on funding was Edinburgh-based SortmyPC, founded in 2004 by Gordon Sayers. The company has grown rapidly over the last 12 years and now provides IT support to a substantial number of small and medium businesses. In 2015 SortmyPC borrowed two tranches of funds through LendingCrowd, and now employs 13 staff.

The first of SortmyPC’s LendingCrowd loans was used to hire staff to meet demand, cover relocation costs of moving to new premises, and purchase another vehicle. The legal costs and integration fees of acquiring another Edinburgh-based IT support company were also funded from the first tranche of funds.

The second loan was for working capital, to enable SortmyPC to take advantage of the opportunities arising from the increased capacity they had after purchasing another Edinburgh-based IT support company. They also used the funds for refinancing existing debt to help their financial planning.

“The LendingCrowd team were excellent to deal with and showed great interest in what we were trying to achieve. They worked closely with us to create a solid pitch document in order to get our loan listed on their marketplace. They provided excellent customer service and I can’t recommend them highly enough. Without the funding provided we would not have been able to grow and diversify our business in the same way.” – Gordon Sayers, Managing Director, SortmyPC