Vote for us in the British Bank Awards 2019!

We’re proud to announce that we’ve been nominated in the Best Investments Provider category of the British Bank Awards 2019 and would be delighted if you could take a few moments to vote for us!

To cast your vote, click here or on the image below and complete the form. You’ll need to give us a rating out of five stars, indicate how likely you are to recommend us to your friends or family, and write a short review. Voting is open now and ends on 10 February 2019, with the winners to be announced on 7 March 2019. 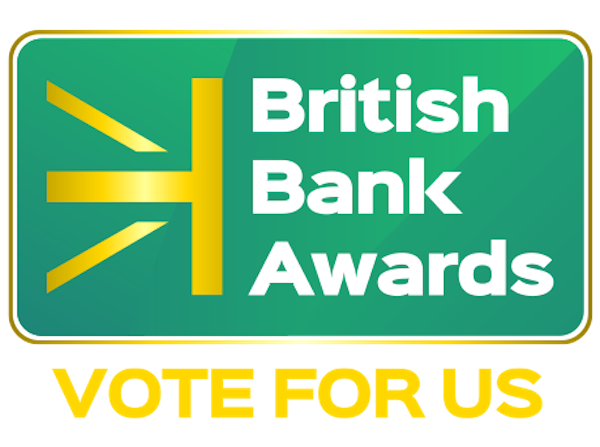 The awards, now in their fifth year, are organised by Smart Money People, who are also offering one lucky voter a £1,000 cash prize if they cast their ballot by 10 February 2019! Terms apply – find out more.

Being nominated in the British Bank Awards rounds off what has already been a momentous year for LendingCrowd, and we wouldn’t be here without your support. Since we launched in late 2014, we’ve helped more than 500 businesses access funding of over £45 million. Creating opportunities, creating jobs, creating futures.

We were one of the first fintech lending platforms to move from interim to full Financial Conduct Authority permission in November 2016, which meant that we were also able to launch one of the first Innovative Finance ISAs on the market in February 2017.

In March 2018, we announced a £2.2 million funding round that was led by angel syndicate Equity Gap and included Scottish Investment Bank, along with a number of prominent investors from Scotland’s entrepreneurial and finance scene.

Validating our approach to building a long-term, sustainable model that’s capable of being scaled in a high-growth sector, we announced last month that former Standard Life CEO Sir Sandy Crombie had joined our board as Chairman.

In a further sign of how far we’ve come in the past four years, our founder and CEO Stuart Lunn was this month named in the latest Peer2Peer Finance News list of the 50 most influential people in the sector.

Thank you for your support!