What does the interest rate rise mean for you? 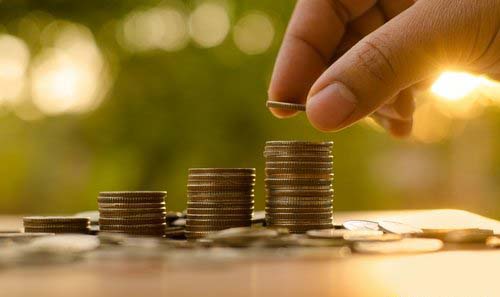 Make your money work harder this summer with LendingCrowd. Lend a qualifying amount before 31 August 2018 to receive a cashback award of up to £400!* Terms apply – find out more.

As had been widely expected, the Bank of England today raised interest rates for the first time since November 2017, increasing its base rate by a quarter of a percentage point to 0.75%.

The Bank had cut its base rate to a record low of 0.25% in August 2016 following the UK’s vote to leave the European Union, and today’s decision by its Monetary Policy Committee (MPC) marks only the second increase in borrowing costs in a decade.

For those with a mortgage that matches any rise in the base rate, today’s decision will add £12 a month to the repayments on a £100,000 mortgage. However, it’s estimated that two-thirds of mortgages are now fixed rate, which means those borrowers will see no change in their repayments until they come to the end of their fixed-rate term.

The MPC’s move comes as inflation – the rising cost of living – remains above the Bank of England’s target. Latest figures from the Office for National Statistics show that the consumer prices index (CPI) measured 2.4% in June, unchanged from the previous month but higher than the Bank’s 2% goal.

While inflation is expected to gradually reduce over the coming years, the MPC today warned that “the economic outlook could be influenced significantly by the response of households, businesses and financial markets to developments related to the process of EU withdrawal”.

Along with the uncertain economic outlook, a higher Bank of England base rate doesn’t necessarily mean that banks and building societies will pass on the full increase to their savers. According to personal finance data provider Moneyfacts, even the best fixed-rate Cash ISAs offer little more than 2% interest for those willing to lock their money away for five years.

So what are the options for those looking to make their money work harder?

Investing in the stock market has long been seen as a way of taking additional risk for potentially higher returns than cash savings, but peer-to-peer (P2P) lending is an increasingly popular alternative, especially now that investments can be held within an Innovative Finance ISA (IFISA) for tax-free** returns.

LendingCrowd was one of the first P2P platforms to launch an IFISA with our Growth ISA, which has a target return of 6%*** and allows customers to build a portfolio of loans quickly without having to spend time choosing their own investments.

Invest from £1,000 to instantly create a diversified portfolio of loans to creditworthy British businesses. Your capital and interest repayments will reinvest automatically, further increasing your diversification over time.

We designed our IFISA to be flexible, so if you decide to withdraw money you can replace the amount withdrawn without affecting your annual ISA subscription limit, which stands at £20,000 for the current tax year.

**Tax treatment depends on the individual circumstances of each client and may be subject to change in future.