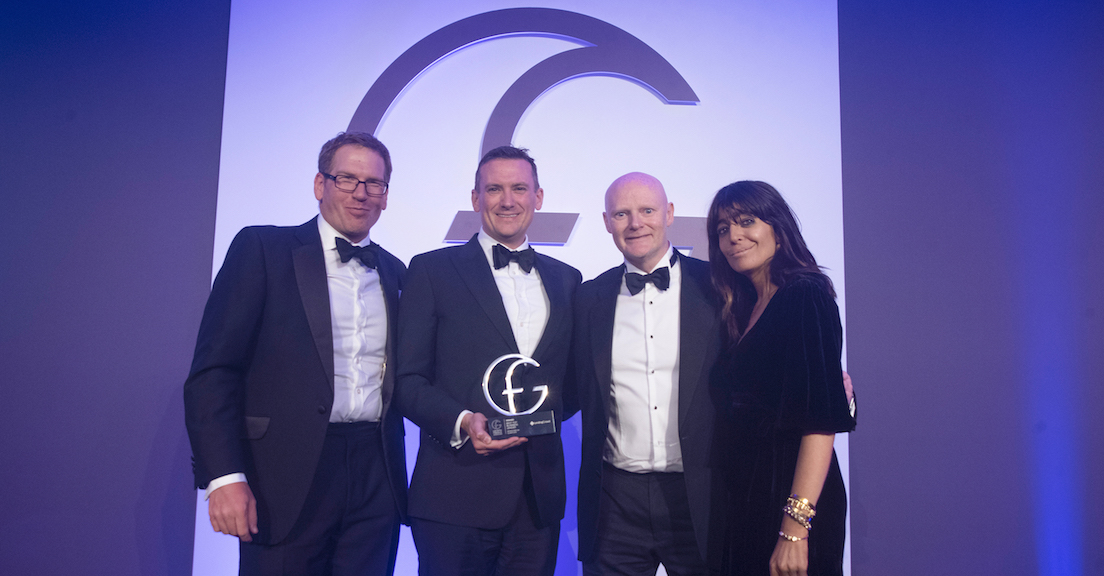 LendingCrowd, the only fintech lending platform headquartered in Scotland, has been named Best P2P Business Lender at the inaugural Growth Finance Awards, which recognise the role of the finance community in supporting the growth ambitions of SMEs across the UK.

The Growth Finance Awards, held on Wednesday evening at the Royal Lancaster Hotel in London, were hosted by Claudia Winkleman (pictured above with, from left: Simon Bonney, partner at category sponsor Quantuma; Stuart Lunn, founder and CEO of LendingCrowd; and Darren Cairns, Chief Marketing Officer at LendingCrowd).

Stuart Lunn said: “To be named Best P2P Business Lender is testament to the significant strides we have made since our launch in 2014. LendingCrowd exists to help alleviate the funding gap facing the UK’s vital community of SMEs, and we’re delighted to have received this recognition at the Growth Finance Awards.”

Guy Tolhurst, Managing Director of Intelligent Partnership, the company behind the awards, said: “Just to be recognised as a finalist is a great achievement in itself, but to take home a prize is a truly impressive accolade. I look forward to next year’s event and continuing to educate growing businesses about the wide variety of financial options that are available to them.”