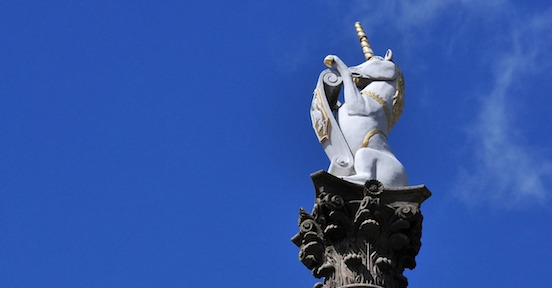 Tech Nation, the UK government-backed organisation that selected LendingCrowd for its prestigious Upscale 4.0 programme, has revealed that the UK has created 13 new ‘unicorns’ – privately owned tech companies valued at more than $1 billion – over the past year.

This means that the UK ranks behind only the United States and China for the creation of fast-growing global tech companies.

Tech Nation’s report was published to coincide with the launch of London Tech Week. Since last year’s event, the number of unicorns across the UK has risen to 72.

We were delighted to contribute to the report, as we are the only Scottish company among 30 fast-growing start-ups selected to join Tech Nation’s Upscale 4.0 programme. Upscale is designed to help fast-growth tech companies to successfully navigate the challenges of growing to the next stage.

LendingCrowd founder and CEO Stuart Lunn said: “At LendingCrowd we are proud to be part of a burgeoning digital tech and fintech scene in Scotland. With a rich heritage of inventors, entrepreneurs and innovators Scotland has become a key hub for the UK digital tech sector, with Edinburgh being the largest UK fintech city outside of London.

“We announced a transformational funding deal to fuel SME growth across our platform with the government-backed Scottish Investment Bank and Dutch entrepreneurial bank NIBC, showing the belief in technology, diligence and people we have up here in Scotland.”

Eileen Burbidge, chair of Tech Nation, said: “There’s never been a better time to be working in the UK digital tech sector. We are really punching above our weight, as demonstrated by the fact that a third of Europe’s unicorns have been produced here and 30 per cent of future unicorns are also based in the UK. I am delighted to see that in addition to tech overall, in quite a few sub-sectors such as fintech we are already global leaders with more fast-growing unicorns than cities like New York, Shanghai and Beijing.

“I’m confident that we will be producing many more world-class fintech companies, uniting our country’s expertise in financial services and deep tech, along with world-leading digital tech companies across all categories.”

You can read the Tech Nation report in full on its website.