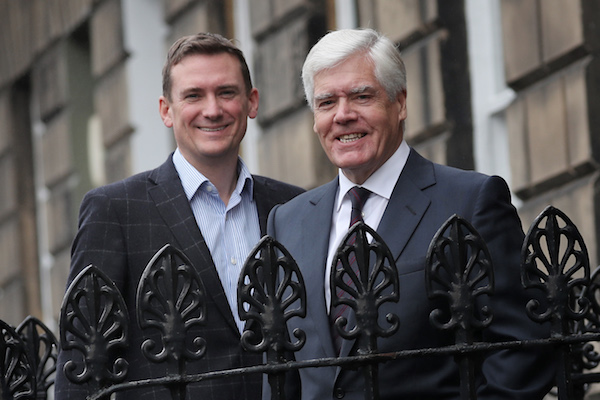 Sir Sandy Crombie, a former CEO of Standard Life and Senior Independent Director at Royal Bank of Scotland, has joined the Board of LendingCrowd, Scotland’s only fintech lender, as Chairman.

Stuart Lunn, founder and CEO of LendingCrowd, said: “Attracting such an experienced and highly-rated individual as Sir Sandy is a validation of our approach to building a long-term, sustainable model capable of being scaled in a high-growth sector. We have a strong focus on financial processes, regulation and compliance and Sir Sandy will bring invaluable knowledge and expertise around these issues and in supporting our strategic aims. I look forward to a positive, collaborative relationship with Sir Sandy as we drive scale into our business.”

Sir Sandy Crombie, Chairman, LendingCrowd said: “LendingCrowd has made impressive strides in a relatively short space of time, supporting the growth ambitions of hundreds of businesses. This is an exciting time for the business and I look forward to working with Stuart and the rest of the team as the platform scales and delivers even more benefits to SMEs, which are the backbone of both the Scottish and UK economies.”

Launched in late 2014, LendingCrowd has facilitated more than £45 million of loans to over 500 SMEs across the UK. The platform, which accesses finance from a range of investors and is fully authorised by the Financial Conduct Authority, reported a record first half of the year in July, including increasing its proportion of loans to Scotland-based companies supported by its £2.75 million partnership deal with Scottish Enterprise’s investment arm.

In March 2018, LendingCrowd secured an external funding round of £2.2m led by angel syndicate Equity Gap and including Scottish Investment Bank and a number of prominent private investors from Scotland’s entrepreneurial and finance scene.

Sir Sandy, who received a knighthood in 2009 for services to the insurance industry in Scotland, stepped down as Senior Independent Director of Royal Bank of Scotland at the start of this year. A former Chairman of Creative Scotland and the Edinburgh UNESCO City of Literature Trust, he is currently President of the Cockburn Association, a charity that promotes the conservation of Edinburgh’s landscape and architectural heritage.